An organisation in its beginning stages has to look after a lot of functions. Their major focus is on marketing and advertising strategies and ways to create a buzz for their product or service. What remains ignored sometimes is the key identification asset for the company– “the logo”.

A logo is an emblem, a graphic mark, symbol, or a name written in a certain font that helps customers identify an organisation, a company, a brand, or a product. It can take the form of an abstract design or a figurative design. A Logo is a way in which customers identify and distinguish between two products or brands. They are deeply ingrained in the minds of the customers and are an integral part of the identity of the brand.

A Logo is an intangible asset which means that it is an asset that is not physical in nature. A logo that is widely recognised as a very valuable asset and is usually trademarked for the protection of intellectual property.

The font, shape, size, colour even symbols used, come together to be the logo and every single aspect affects the customer’s mind. Every minute detail of the logo is interpreted by the customers which makes it extremely important for the company to have their logo perfectly match their communication goals.

Fonts can have an emotional impact on the customers. Research shows that some fonts are considered more “mature” like Arial, Times New Roman but these same fonts are also considered as “unimaginative”. Fancy cursive fonts are considered “immature” but at the same time can also be considered “happy”. While choosing the fonts the organisation must have a clear thought of the way they want the customers to perceive their business. The most important aspect is that the font should be legible. In the quest to make it fancy or beautiful it should not be forgotten that the customers should be able to read it and remember it.

The psychology of shapes:

Every logo even if it is a simple text-based logo has a shape to it. These shapes can be geometric, abstract. It again depends on the message the organisation wants to deliver.

If the organisation is looking for messages like unity, harmony, timelessness then the shape to be used is a circle. Circles are infinite. They do not have a beginning or an end. They communicate softness and gentility. Example: State Bank of India, Doordarshan.

Arrows suggest direction. Depending on how they are used they can convey movement or travel. Example Amazon, FedEx.

Lines may look simple but they can make or break logos. Lines are often seen as divisions hence can have a negative impact. They have to be used wisely. Thick lines convey strength at the same time they can be seen as rigid. Straight-lines are seen as predictable but curved lines show energy and dynamism. Thin lines can be seen as frail and weak or even be seen as elegant and feminine.

Shapes like leaves, grass, rocks, and mountains are shapes seen in nature. They give a certain familiar feeling to the viewer and have a soothing effect.

Shapes with soft smooth lines are easier on the eyes. Jagged lines or zigzag lines may be perceived as irregular or erratic.

The effect of colours:

Colours are strongly linked to emotions in the human psyche. Interpretation of colours may be hardwired into the customer’s brains or may be due to cultural influence or it can be a combination of the two but the important point is that there is a generally accepted language of colour.

Blue stands for peace, calm. It triggers the emotions of honestly, loyalty, trust, etc.  It gives a sense of assurance and can be seen in organisations in the medical field, security, finance, etc. For example Nasa, Ford.

Green is associated with nature and the environment. It is considered to be calming and nurturing. It also represents fertility, reliability, and balance. This colour is often seen in logos that are associated with environment-friendly products, farming products, not-for-profit organisations, etc. example: Himalaya, Garnier.

Yellow gives the feelings of fun and energy. It is also associated with happiness and enthusiasm. It is most often seen in the food and sports industry. Example: McDonald’s, Ferrari, Snapchat

Orange is the colour that gives the feeling of optimism, independence, and adventure. This colour is seen in the art and entertainment industry and also in the food industry. Example Harley Davidson, Nickelodeon.

Black often is associated with power, control, and authority. We often find this colour in most industries, in courts (judges and lawyers), construction and mining, etc. Black and white together indicate sophistication and maturity.

A logo is a blend of a lot more things than what can be seen. In logos, the negative space between shapes or letters also plays a part and needs to be handled carefully. Loosely placed shapes or letters, haphazard lines can negatively impact the perception of the customers. Along with this, the logo should be versatile and easily be translated from print to television to other media. The durability of the logo is also important. Design trends keep changing but the logo should be designed in such a way that it holds its relevance at all times.

The design of the logo should be thought about thoroughly and it should be designed in such a way that it communicates the exact message the organisation wants to convey to its customers and potential customers. 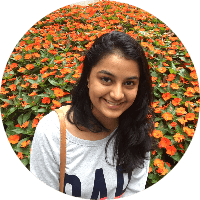 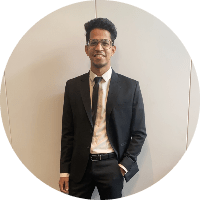 5 thoughts on “How do logos mold consumer perception?”