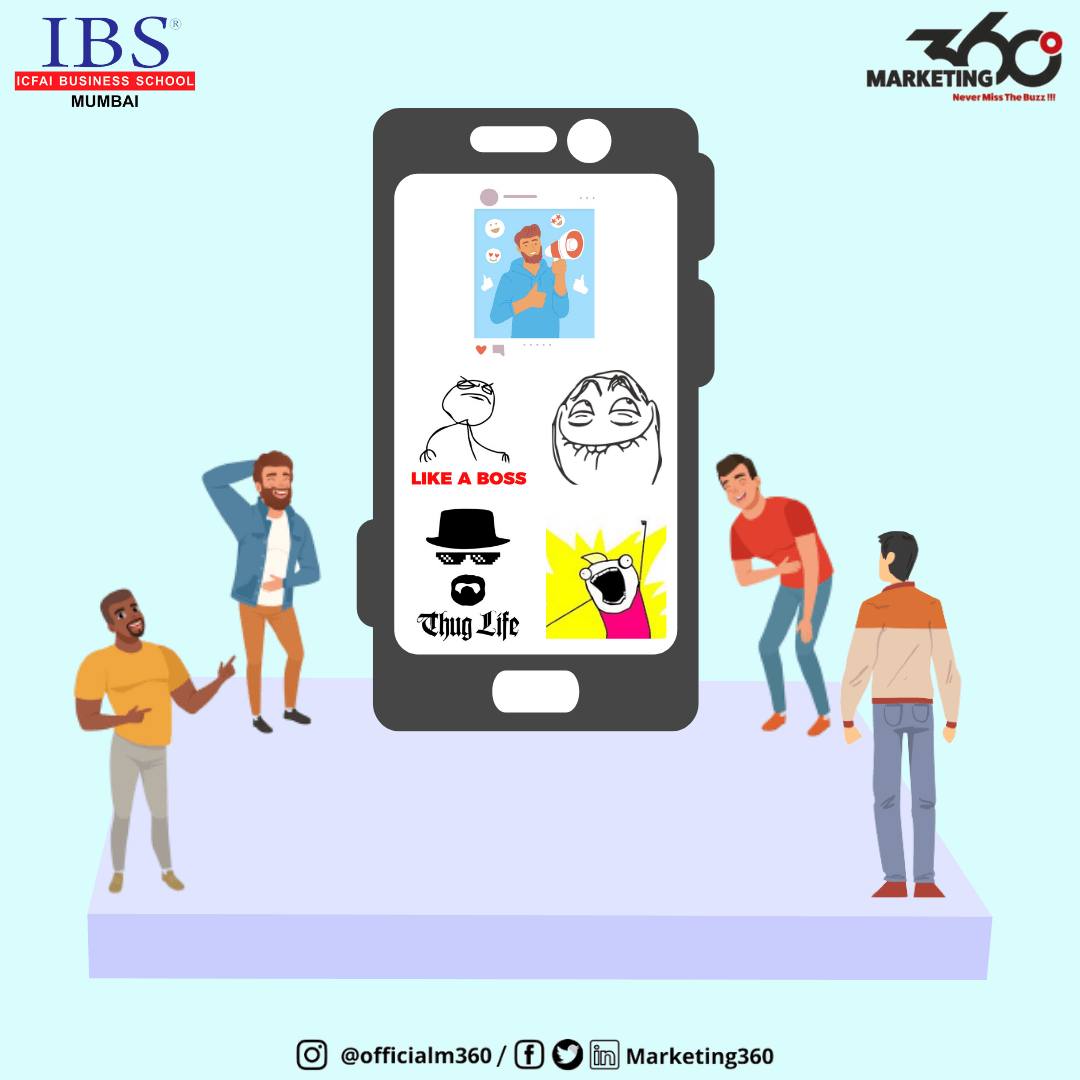 Advertisements and Memes have become the part and parcel of this world of communication and the internet. While we certainly claim that this Internet buzz is nothing more than a short-lived commotion, however, the occurrence between the ads and the memes itself is indicative of rising online trends that take place. Memes are so prolific that the millennials and Gen Z are laughing at it and sharing it online and this, in turn, gives brands plenty of opportunities to engage with their audience. The brand campaign or the ads that come up, highlights certain taglines which can directly be struck as meme material or funny video and in return, it can attract the audience towards the brand.

There are few examples of ads that we see, has caught up the audience with their tagline and then eventually people start to use the tagline in their day-to-day life – Fogg wherein the statement says “Kya Chal Raha Hai? Fogg Chal Raha Hai!” or Dream 11 ad campaign which was “Ye Mein Kar Leta Hoon Tab Tak Aap Dream 11 Pe Team Banao!” The Imperial Blue ad campaign states, “Men will be Men”. It is only natural that these have become part of our day-to-day conversations among friends and family. Certain brands start using their viral memes which can help promote their campaign and their brand, like in Tinder they started to capture the attention of the young audience through memes which stated #AdultingCanWait, which were deeply targeted towards the young minds using the things they go through growing up.

Today memes have a specific part in our digital environment. What makes memes so special is their way of communicating attitudes, feelings, and situations and so because of their popularity it comes as no surprise that brands want a piece of this pie. Meme marketing might seem like a laughable matter, though the Return on Investment is no joke. Nowadays, brands are considering jumping into meme marketing directly, as an ad campaign or TV commercial can cost us a lot of money whereas meme marketing is free and can generate even more engagement.

There is still an inherent danger to this source of making memes, as with all the mistakes, it can make the brand look disconnected from the world and as we are aware that internet is known as a place for showing no mercy. Getting memes wrong can be as dangerous to a brand’s reputation as getting them right. Despite their low production and distribution costs they should still be treated with creativity, focus, and care that would be put into any other ad. It is not necessary that all the good ads are being noticed by the audience and remembered. There can be ad campaigns like Ajay Devgan’s Vimal “Zuban Kesari” or the Airtel girl, such ads are not liked by the audience to a greater extent and so these ads continue to be a subject of so many memes.

When a statement from the ad turns into becoming a meme material then somewhere it can be considered as a success whether it is good or bad as this has created an impact on the brand engagement. Memes have been used because, like celebrities they too attract and catch consumer’s attention. Memes have become a type of dialogue between the company and the consumer. There are some categories that the advertisement world follows to encourage meme which includes:

With the ability to go viral and increase brand exposure, these memes are now being utilized by several brands as their core social media strategy. Although not every brand that has used them has become prosperous. Going viral is the scenario that every brand and business dreams of. Meme marketing not only increases the brand exposure but can also drive a huge swarm of traffic to your website. The success of any ad primarily depends on how much it has impacted the audience. The main idea that goes around any marketer about advertisement is just that there must be product’s vision and philosophy that should come across and, in this process, we sometimes come across with memes that may relate to the brand and indirectly promote their brand. Meme marketing has become one of the essential tools in today’s generation and it is good to see that brands are coming up with campaigns that appear to work at the Pan India level.

Content is the king however engagement is Queen, and the lady rules the house! Usually, digital marketers often miss out on the latter. We create all kinds of content and push it. Influencers, algorithms analytics, and alternative aspects, brands use everything to keep up with the changing times. In the process, however, we ignore an immensely powerful medium which is right under our nose. Yes, Memes! Memes have proved to be more than just a trend and they are ready for all the marketers to use them or expansion of their brands. As we already know that “There is no such thing called as bad publicity.”

2 thoughts on “Meme Marketing – Truth behind Ads that become Memes”